President Trump has now confirmed that in a combined operation with France and UK, a military strike is now under way against Syria...

Additionally Trump says the Syria response will be military, economic, and diplomatic.

TRUMP SAYS RUSSIA HAS DECISION TO MAKE ON WHO TO ALIGN WITH
TRUMP: HOPEFULLY WE'LL GET ALONG WITH RUSSIA, IRAN; MAYBE NOT

With two Tomahawk-capable destroyers in The Mediterranean Sea, and following "highly confident" intel that Syria launched the chemical attack, NYTimes reports that President Trump is expected to make a statement about Syria on Friday evening at the White House,

President Donald Trump said he had approved military strikes on Syria in retaliation for an apparent chemical attack by the regime of Bashar al-Assad on a rebel town.

Trump said the strikes would be carried out in coordination with France and the U.K.

Can't wait to see who has the biggest dick.

Breaking: @FoxNews now reporting that B-1 bombers ARE involved in ongoing #SyriaStrikes.

On the one hand, they demand that Trump use force to stop the Syrian government from using chemical weapons on its own people.

On the other hand, they demand that Trump not use force because that's "just more war."

Their only consistency is hate for Trump no matter what he does. They should just admit that.
5

NEW - local sources claim missile strikes have hit a major #Hezbollah base in Al-Qusayr, near the #Lebanon border.

This is the largest strike on Syria’s capital....possibly ever
6

NOW: 'New wave' of U.S. strikes on Qutaifah military base, north of Damascus -
7

It's interesting to me how contradictory the press and most Democrats are.

But somehow liberals think he is Putin’s puppet?
8

But something tells me he will be at least more successful than Obummer and W wrt outcome and concessions.

We need someone to put force behind words. Obama made us the laughing stock of the world with all his numerous Red lines in the sand.
13

"We did have some surface-to-air missile activity from the Syrian regime."
"The US did not pre-notify Russian forces in Syria about tonight's kinetic activity."
"Russia was alerted of Syria strikes through "deconfliction" line in Qatar"
"U.S. forces in Syria did make adjustments to force protection levels ahead of the combined air operations against the Syrian regime."
"This wave of airstrikes is over. More information will follow in the morning."
"Manned aircraft involved in Syria operation"
"Pentagon will brief tomorrow will more strike details"

"We used a little over double the number of weapons this year than we used last year...We were very precise and proportionate, but at the same time, it was a heavy strike."
"I am confident the Syrian regime conducted a chemical attack on innocent people."
"Right now we have no more attacks planned"

Update 3: at 10PM ET, Defense Secretary Mattis and Joseph Dunford, the Chairman, Joint Chiefs of Staff provided the Pentagon's update, repeating that U.S., British and and French forces struck Syrias chemical weapons infrastructure tonight. Mattis said that "Clearly, the Assad regime did not get the message last year. This time, our allies and we have struck harder."

Mattis adds that "I want to emphasize these strikes are directed at the Syrian regime. In conducting these strikes, we have gone to great lengths to avoid civilian and foreign casualties."

Then, Dunford said that the first target was a Syrian research facility, and adds that the US selected targets that would minimize risk to innocent civilians. He adds that attacks on multiple sites of Syria chemical weapons infrastructure "inflicted maximum damage."

In total, Targets were specially associated with the Syrian regime's CW program. These included:

The third target, which was in the vicinity of the second target, contained both the chemical weapons equipment storage facility and an important command post."

Meanwhile, the White House said that the US is confident the Syrian regime was behind the chemical weapons attack, based on:

Update 2: Witnesses are reporting explosions heard in Damascus, including residential areas, although the first wave of US, UK and French attacks is allegedly targeting the following:

Meanwhile, Reuters adds that a total of three scientific research centers struck in the attack.

According to media reports in addition to American ships, Tomahawk missiles and aircraft - including B-1 bombers, leading the attacks, four British Tornado GR4s have targeted a military facility in Homs with Storm Shadow missiles.

While unconfirmed, Syria state TV claims that it shot down 13 missiles near Damascus.

Where are all the dancing Democrats? He did what you wanted.
16

Also, this is bad for Russia. It may show how ineffective Russian defensive weapons are. Russians have always had great surface-to-air since the SA-6 era, but if they are unable to take out incoming missiles at all, it will kill the market for Russian military hardware.
17

Their only consistency is hate

You can add almost anything to the end of this sentence.
19

Can't wait to see who has the biggest dick.

Their only consistency is hate for Trump no matter what he does. They should just admit that.

Where are all the dancing Democrats? He did what you wanted.

It may show how ineffective Russian defensive weapons are.

Most interesting point of this exercise, scoping out effectiveness of decades old anti-missile technology vs today's cruise missiles...

It may show how ineffective Russian defensive weapons are.

What "today's cruise missiles?" The Tomahawk has been around since 1981. It has had some improvements along the way that improved target acquisition. Anyway, you may have a point because the Russians opted not to use their best equipment and just let the Syrians do the defenses. In my opinion, the Russians did not want to take the chance of exposing what could be ineffective weapons. Also, according to WP, the Syrians did not even fire their weapons until after the Tomahawks hit. It could also be that the Russians did not fire their own modern equipment because the Tomahawks hit target before the Russian radar could detect them.
24

Isn't anyone after her?

Nobody raided her lawyer. Why not?
29

Isn't anyone after her?

Nobody raided her lawyer. Why not?

Was all that crooked Hillary stuff just a bunch of BS?
30

Why is it USA business now?
31

Which is why France and the UK joined in as well.
32 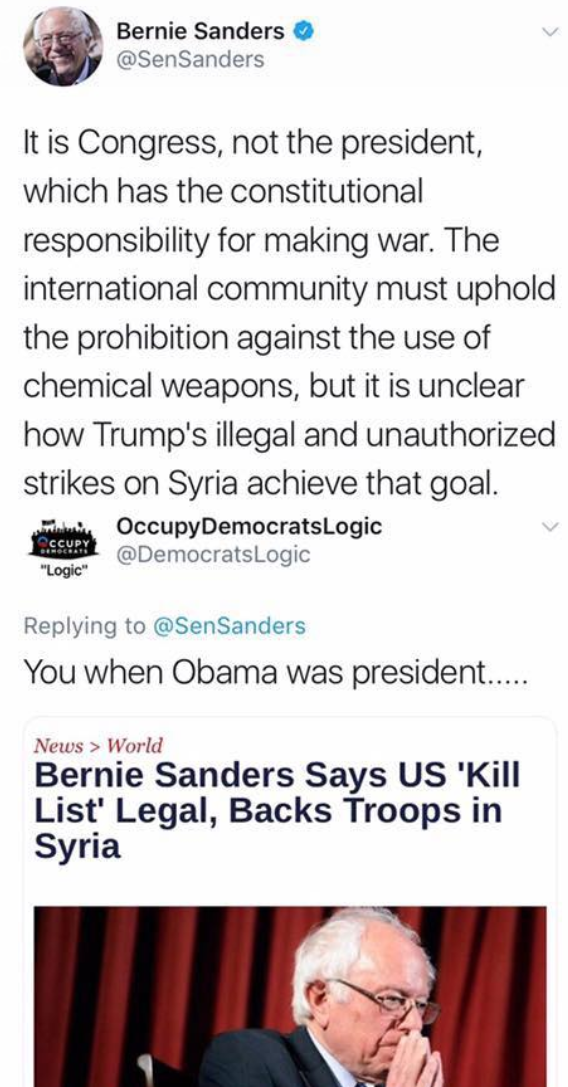 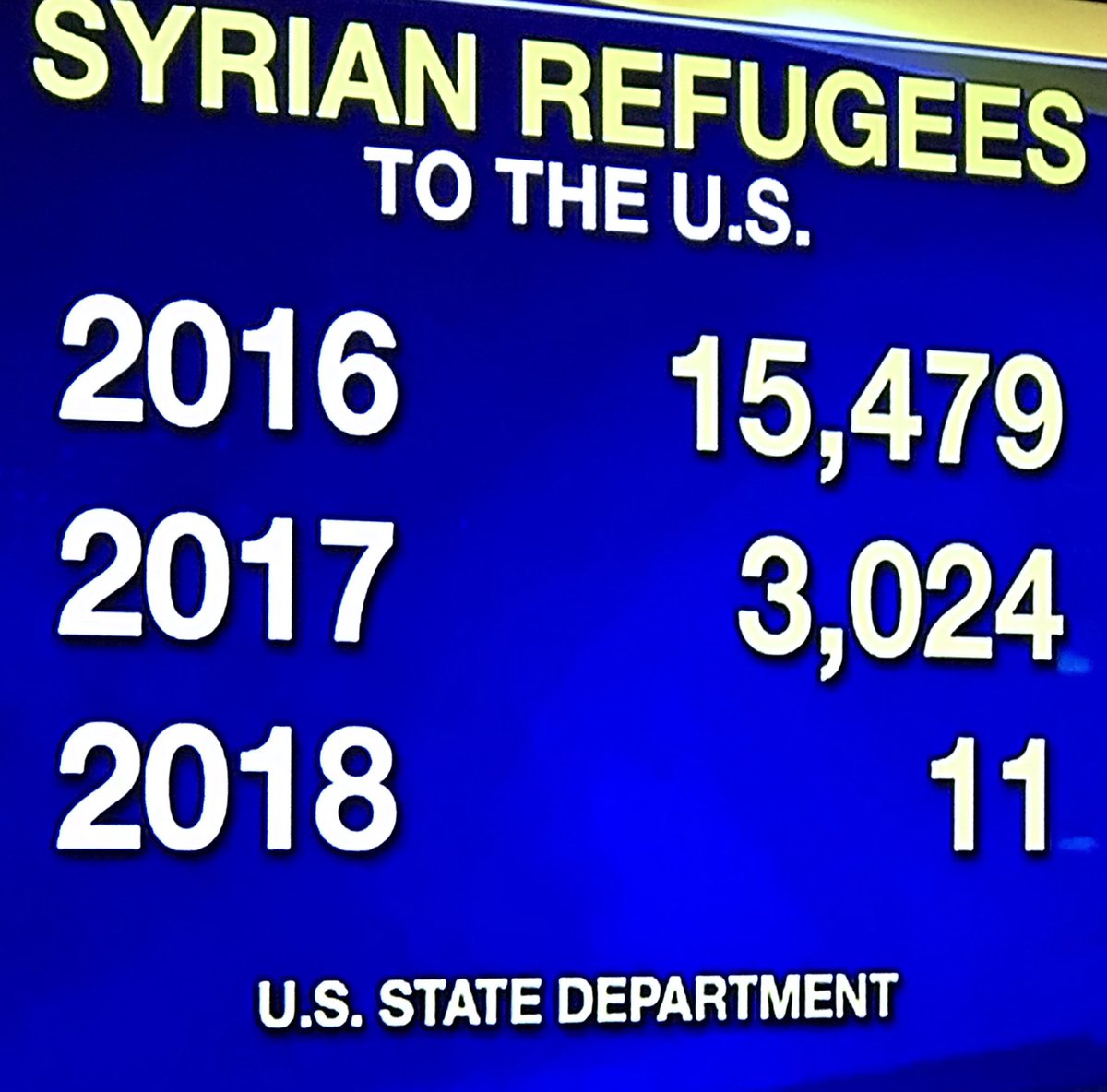 Most interesting point of this exercise, scoping out effectiveness of decades old anti-missile technology vs today's cruise missiles... 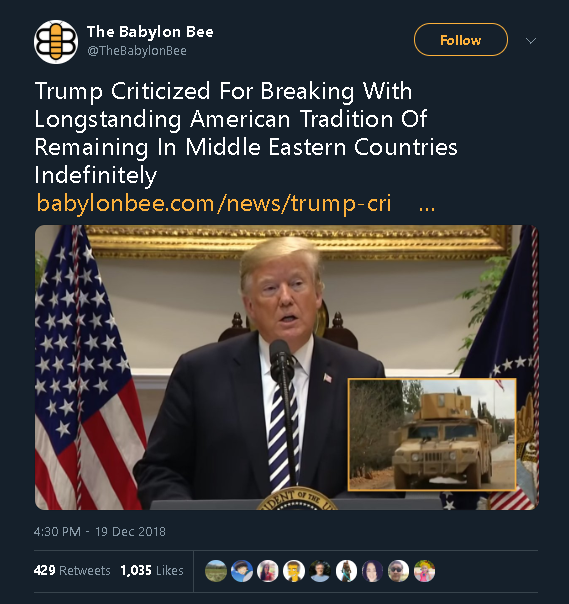