Pelosi grounded from flying Taxpayer Air and told to fly Poultry Class like the rest of us Turkeys. She learned on the way to the airport.

Hey TSA do a special job on Pelosi with the magnetic wand and microwave oven?
I want you to put your best groper on it.

White House Press Secretary Sarah Sanders has posted a letter that President Donald Trump sent to House Speaker Nancy Pelosi informing her that her upcoming “public relations” trip to Afghanistan, Egypt, and Brussels has been postponed so that she can stay in DC and negotiate with him.
Pelosi was told to fly commercial on her own dime.

“Obviously, if you would like to make your journey by flying commercial, that would certainly be your prerogative,” Trump wrote his letter to Pelosi.

House Speaker Pelosi was en route to the airport when she found out Trump canceled her trip.

President Donald Trump just sent a letter to House Speaker Nancy Pelosi saying her trip to Brussels, Egypt, and Afghanistan has been postponed. She and other lawmakers are on the bus already to go to the airport. #POTUS pic.twitter.com/XQ1F1auXCW

The letter from President Trump to Pelosi read:

“Due to the Shutdown, I am sorry to inform you that your trip to Brussels, Egypt, and Afghanistan has been postponed. We will reschedule this seven-day excursion when the Shutdown is over,” the letter begins. “In light of the 800,000 great American workers not receiving pay, I am sure you would agree that postponing this public relations event is totally appropriate.”

Pelosi is a perfect example how Dems representatives treat they voters. First wash brain to secure votes, then Fuck Em.

Now that Pelosi has to pay a price for the shut down, maybe she will negotiate. Next step should be Congressional salaries stopped until the shut down is over.

I hope Trump will bring Congressional salaries to the table soon.
22

Pelosi is not used to dealing with Alpha males and she's getting a lesson now.

They think they won big in November; actually Trump has two more years to torment them.
28

Pelosi is not used to dealing with Alpha males and she's getting a lesson now.

If Jeb!!! the Compassionate Conservative!!! was President, there wouldn't be any shutdown to cancel flights with.
30

You know what they say about opinions and assholes...

Since she has 3 holes, does that make her a triple asshole?
32

In a letter to the heads of all federal agencies and departments, acting Office of Management and Budget Director Russ Vought told officials that Trump asked him to explain these temporary policies regarding “legislative branch travel.”

“Under no circumstances during a government shutdown will any government owned, rented, leased or chartered aircraft support any congressional delegation, without the express written approval of the White House chief of staff,” Vought wrote. “Nor will any funds appropriated to the Executive Branch be used for any congressional delegation travel expenses, without his express written approval.”
https://www.washingtonexaminer.com/news/trump-all-congressional-delegation-travel-needs-white-house-approval-during-shutdown 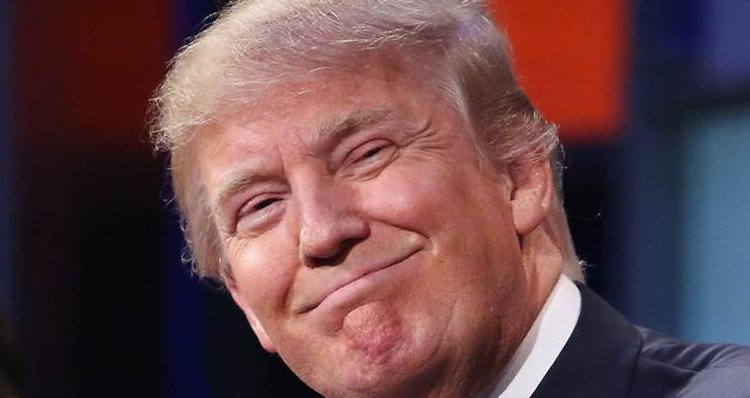 Now the rest of Congress is banned from flying.

For a second there I read "lying" instead of "flying." Oh well, one can always hope!
44

Ceffer   ignore (4)   2019 Jan 19, 11:56am   ↑ like (1)   ↓ dislike (0)   quote   flag
How come Nanacy Pelosi is doing what the Clinton Foundation used to do: carving up America for the benefit of foreign interests? Who elected her foreign emissary? Bitch needs to go back to work screaming and banging her head in the Senate.