Why the fuck are people injecting themselves with a non-FDA approved biological agent?

And what the fuck are people afraid of, when this covid has a 99.97% survival rate?


No boost. Fearless leader, did you delete my previous thread?

This graph seems counter the facts as we know them from other sources.

I downloaded the linked data and it has issues.
California death data:

Death toll for California children under 18:

Scientists who quit FDA criticise plan for widespread Covid vaccine boosters
Philip Krause and Marion Gruber, who resigned from the Food and Drug Administration two weeks ago, are among the authors of a scathing critique of widespread booster shots, which was published in The Lancet on Monday.

The article, which argues that the scientific evidence does not yet justify giving most people third shots of messenger RNA vaccines, offers an insight into the internal tensions in the Biden administration that were ignited by the White House’s sudden decision to back the booster plan.

The piece warns: “Current evidence does not appear to show a need for boosting in the general population, in which efficacy against severe disease remains high.”
4645

Onvacation   2022 Aug 8, 5:30pm
73 kids in California have died with Covid over the last two years. How many have died or have life threatening illnesses because of the jab?
4646


argues that the scientific evidence does not yet justify giving most people third shots of messenger RNA vaccines,

There is NO reason to take the first two.

Many of the things that censored doctors have been saying about Covid and the jab have been proved right.
4648


I've taken out any mention of non vaccinated individuals.

I looked at the linked data and cannot figure out how they created this , or the original, graph.

The links to the data are there. Can you show me how they came up with the graph?
4649 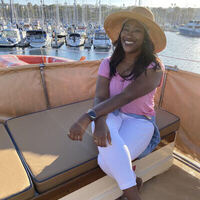 My wife was about to get it herself, and then Danielle died from it. Danielle's death may have saved my wife's life.

The first shot is not safe and much worse than ineffective, making you far more likely to catch the virus.

But we do know for sure that the first shot is also very dangerous.
4650


Death toll for California children under 18:

73 kids in 2 years and they want to inject ALL kids with an experimental biologic agent.


I disagree with this. Let people decide. For all you know, YOU are wrong.

No, I draw the line here.

No propaganda for murder by vaxx will be tolerated on this site.

Censorship is censorship. Just like racism is racism, there's really no "reverse racism".

You can't only allow people to tell "the truth" (whatever you determine that is), but also be free to tell a lie. Knowing what bullshit is being produced for propaganda is important to archive as well.

At this point, I don't think minds can be changed at this point to take the vax if they haven't already.
4652

I am too lazy to do it, but it appears the raw data is here:

I don't have much faith in the accuracy of the data, but you're free to graph it to reproduce it.

We should only be looking at mortality and birth rates I think. If the vaccine is killing people, or is ineffective at protection, we'd expect that all cause mortality would go up. If they are causing sterilization we should see a decline in birth rates. That data can't be hidden or falsified.

If there's been a decline in birth rates, we'll see it about 4 years as children enter the education system.

I no longer take the position that something is true or false, I note it, and it's YEARS later that I can confirm it. Preliminary data, I feel indicates that we have an increases mortality rate overall and a declining birth rate, that began with the vaccination program. Now I might be wrong and may have been mislead, I'll know in time.

My feeling is that if my chance of dying from sars-cov2-19 is 100x worse than an vaccinated person, I'm not worried, since the death rate is so low anyhow. I'm only (only! haha) 51 and don't see this disease as being a major threat to my continued earthly existence. I also know that by being unvaccinated, I'm not a threat to the vaccinated, PROVIDED the vaccinations are effective.

The graph we're seeing might (strictly) be true based on what "vaccinated" means, and what "died from covid" means. The vast majority of deaths might be people who were recently vaccinated but under the 30 day threshold to be considered "vaccinated", and who tested positive for being "covid positive" since their body was producing spike proteins from the vaccination. They may have died from the vaccination itself, and been put into the category of unvaccinated and having been tested positive for the disease because of the production of the spike proteins.

I think nearly everybody has cast their lot by now, and it doesn't matter what anybody says. I don't think it would be possible for anybody to convince me to get a vaccinations for this disease, in fact, I may have become an anti-vaxxer now. I have lost all my faith in the professional medical community.
4653   EBGuy   2022 Aug 8, 6:49pm
Onvacation says


The links to the data are there. Can you show me how they came up with the graph?

At this point, I don't think minds can be changed at this point to take the vax if they haven't already.

I no longer care about the people that literally drank the kool-aid after how I've been treated. I did my duty to try to inform them. We've all figured out how to evade these mandates at this point.

Again, if you look at the linked data supposedly underlying the "fact" that "From July 4, 2022 to July 10, 2022, unvaccinated people were 11.2 times more likely to die from COVID-19 than people who received their booster dose." cannot be derived from the data given. They don't even track vaccination status of "covid deaths".

In other words they pulled that chart out of their ass.

I've explained in another post above how the data could be perverted. Of course, it could also be outright falsified.

I see my government lie, then get caught, the double down, and triple down, and quadruple down. I wouldn't be surprised if there's a legitimate revolution in this nation before 2030.
4655

I played with the data you linked and discovered this:


Could be those that are fully vaxxed with all the recommended boosters.

They have a separate category for "boosted".
4658

I played with the data you linked and discovered this:

Why are the number of vaxxed going down? Do you still trust the source data? I don't.

This doesn't allow anybody to see a correlation.

If you're a linux user, I should teach you gprof sometime. I'm FAAAR too lazy to go through data, but if you like it, it can be more efficient than making a spreadsheet. You know how to code. You write code to extract data to produce the data that then produces a graph. It's very useful when you have consistent input.
4659

Yes, first of all people were pressured by threat of job loss to take the dangerous and utterly ineffective jab.

Second, they did not have informed consent as all the harms of the dangerous and utterly ineffective jab were deliberately hidden.

Third, Pfizer committed massive fraud in their "testing" of the dangerous and utterly ineffective jab, which negates all immunity from prosecution.

Pfizer, Moderna, and the others should justly be sued into bankruptcy and all their assets given to the surviving relatives of those they have killed.
4662

The manufacturers have immunity (unlike the jabbees). Best they can do is sue the employers or schools that forced workers/students to get jabbed.
4664


Why are the number of vaxxed going down?

Covid Vaccines DO Cause Reinfections, After All
4670


Find his head on a pike at the castle gates soon.

People who are JUST finding the courage to come out now, don't threaten to put their heads on the pikes. The people who deserve it are still pushing the narrative.

Funny how we can see who has morality, brains, and integrity so easily.
4679

Patrick   2022 Aug 22, 11:11am
Americans have always paid for the death jab through taxes siphoned off directly from the public treasury by Pfizer.
4682