Selective justice is not justice at all. 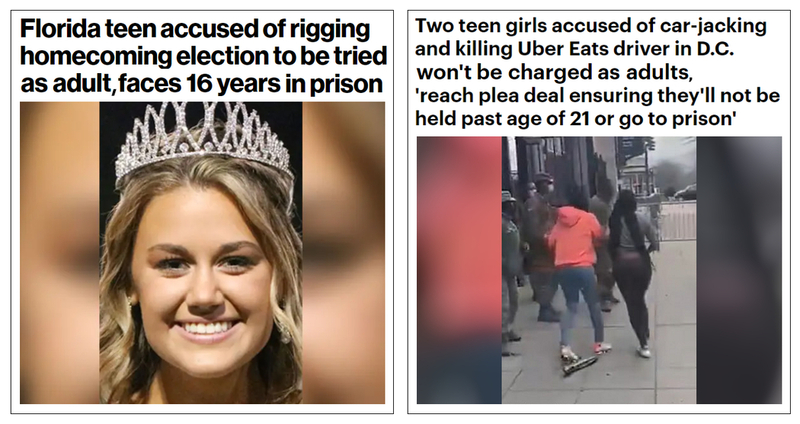 Mark Meuser for U.S. Senate
@MarkMeuser
Aug 10
Imagine the backlash if while he was in office, Trump had Obama's home raided and AOC’s phone seized.

Are you tired of the double standard?

Clay Travis
@ClayTravis
Aug 10
How corrupt is the FBI? Two days after they raid Donald Trump’s private residence, Hunter Biden, whose laptop proving multiple felonies the FBI has had for years, hops on Air Force 1 for a family vacation. 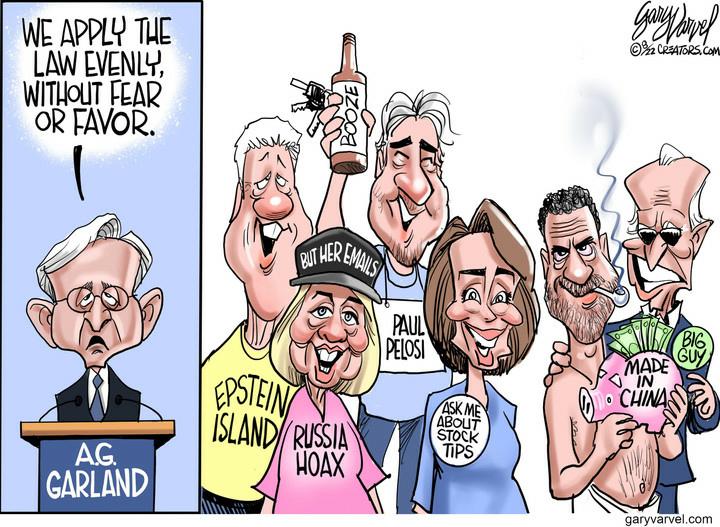 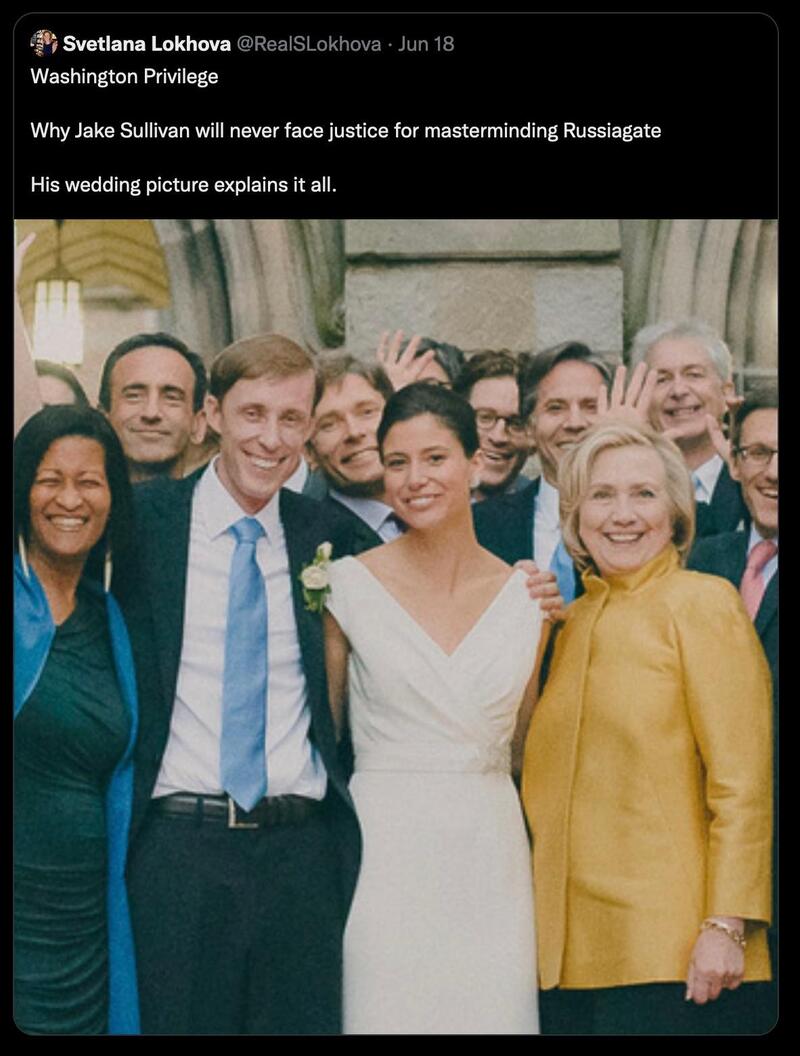 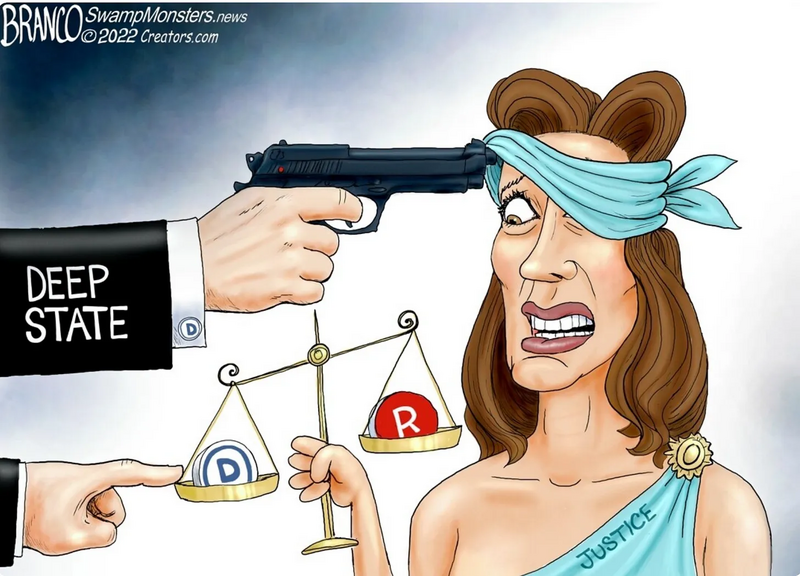 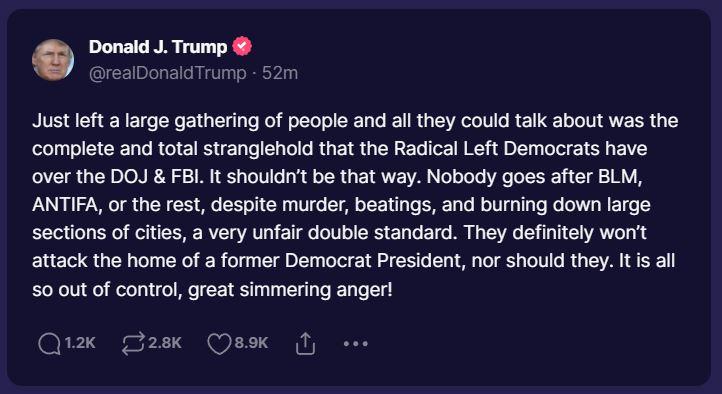 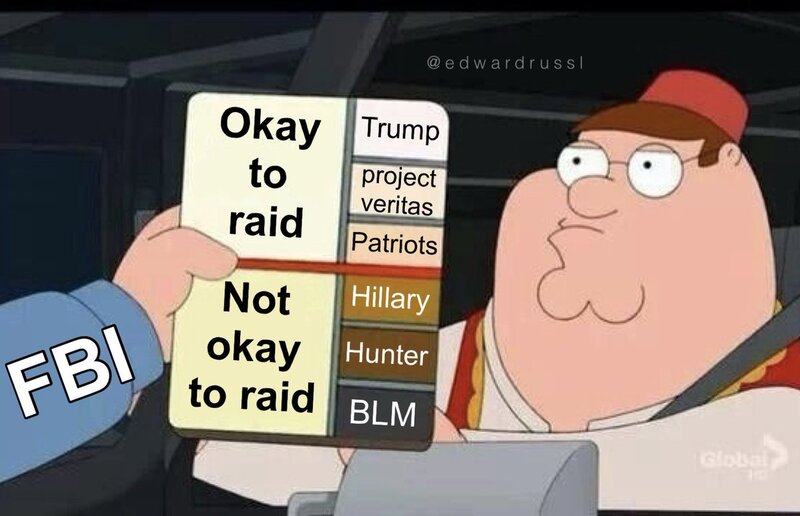 I love the fact that Hillary Clinton LITERALLY wears a communist pantsuit. She, and communist leaders in North Korea and China are literally the only people with that fashion sense. It's such bizarre clothing.
48

Should Biden’s Justice Department move ahead with charges against Trump, leading to a trial and prosecution, it will deepen the politicized divide in a country already riven by partisanship. The FBI and current director Christopher Wray would face significant scrutiny — for good reason.

The message would be loud and clear: Democrats like Hillary Clinton can get away with violating laws, but Republicans who commit the same acts cannot. It would tear the very fabric of the FBI and DoJ apart. 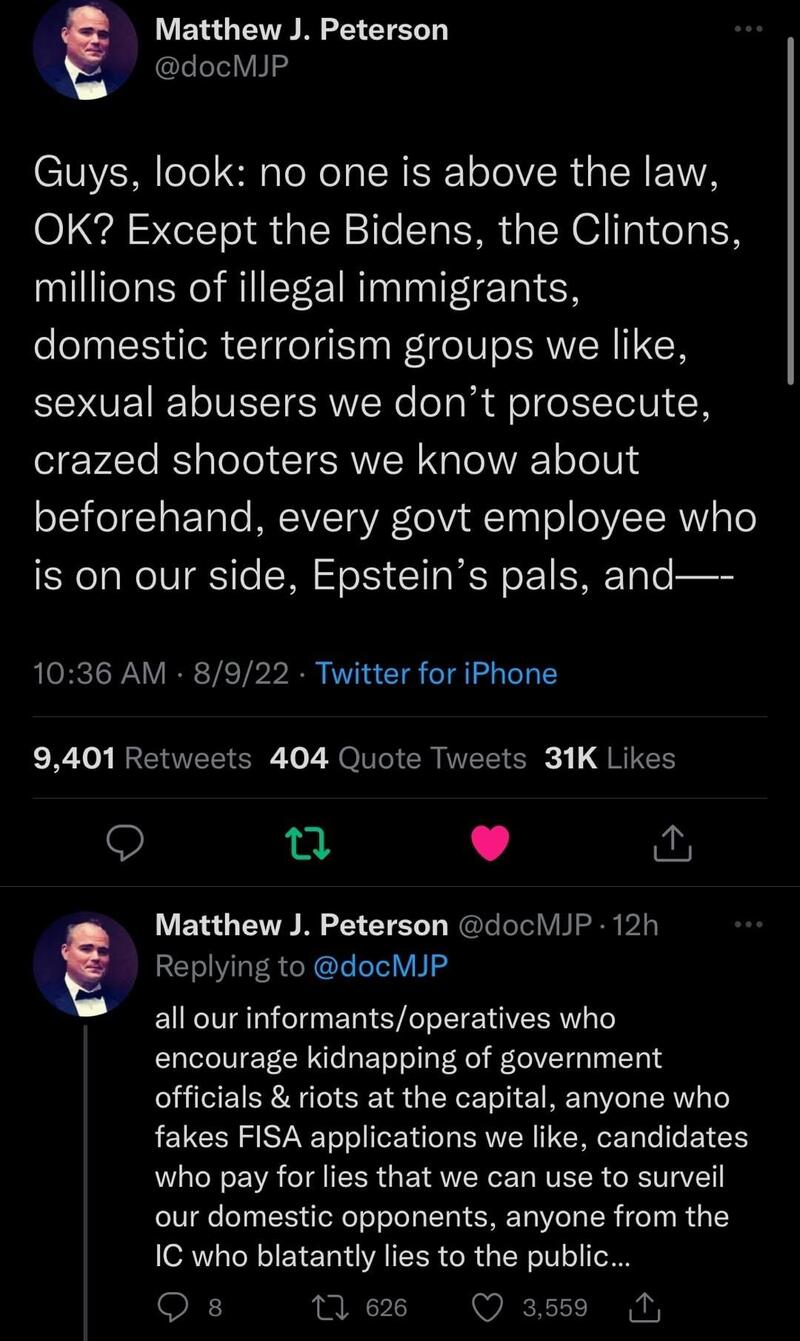 Lauren Boebert
@laurenboebert
19h
Under Biden’s FBI, no one from Epstein’s client list has been arrested, Hunter still walks free, and we never did find out who the SCOTUS leak was - but we know what’s in Melania Trump’s closet. 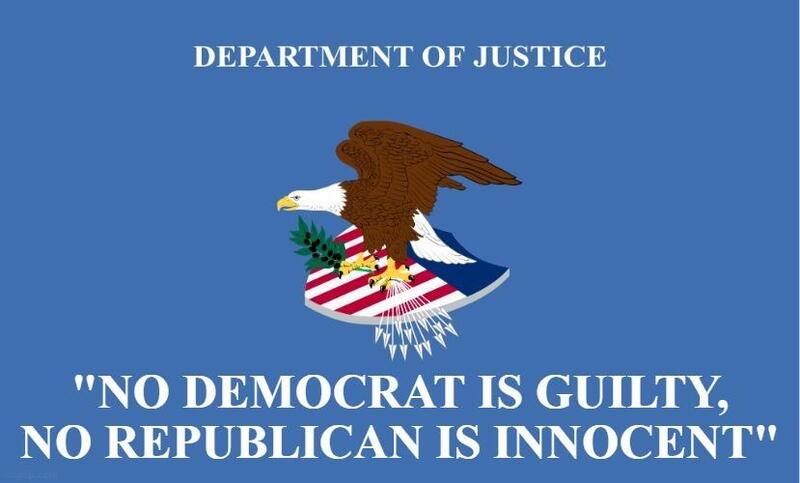 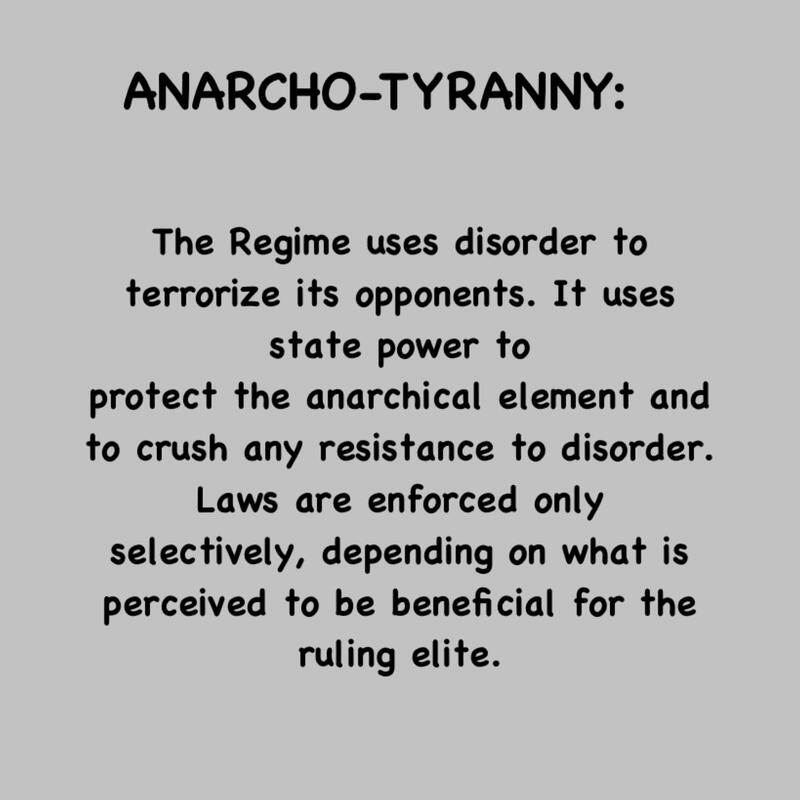 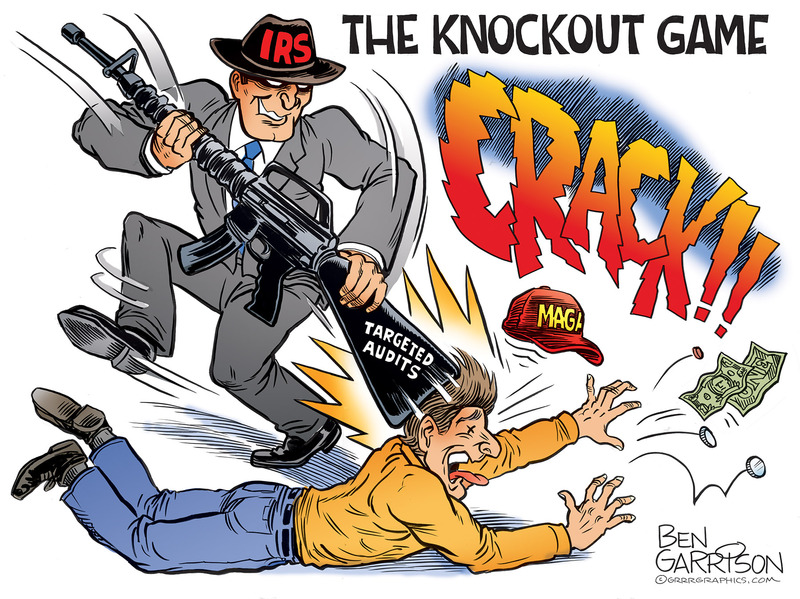 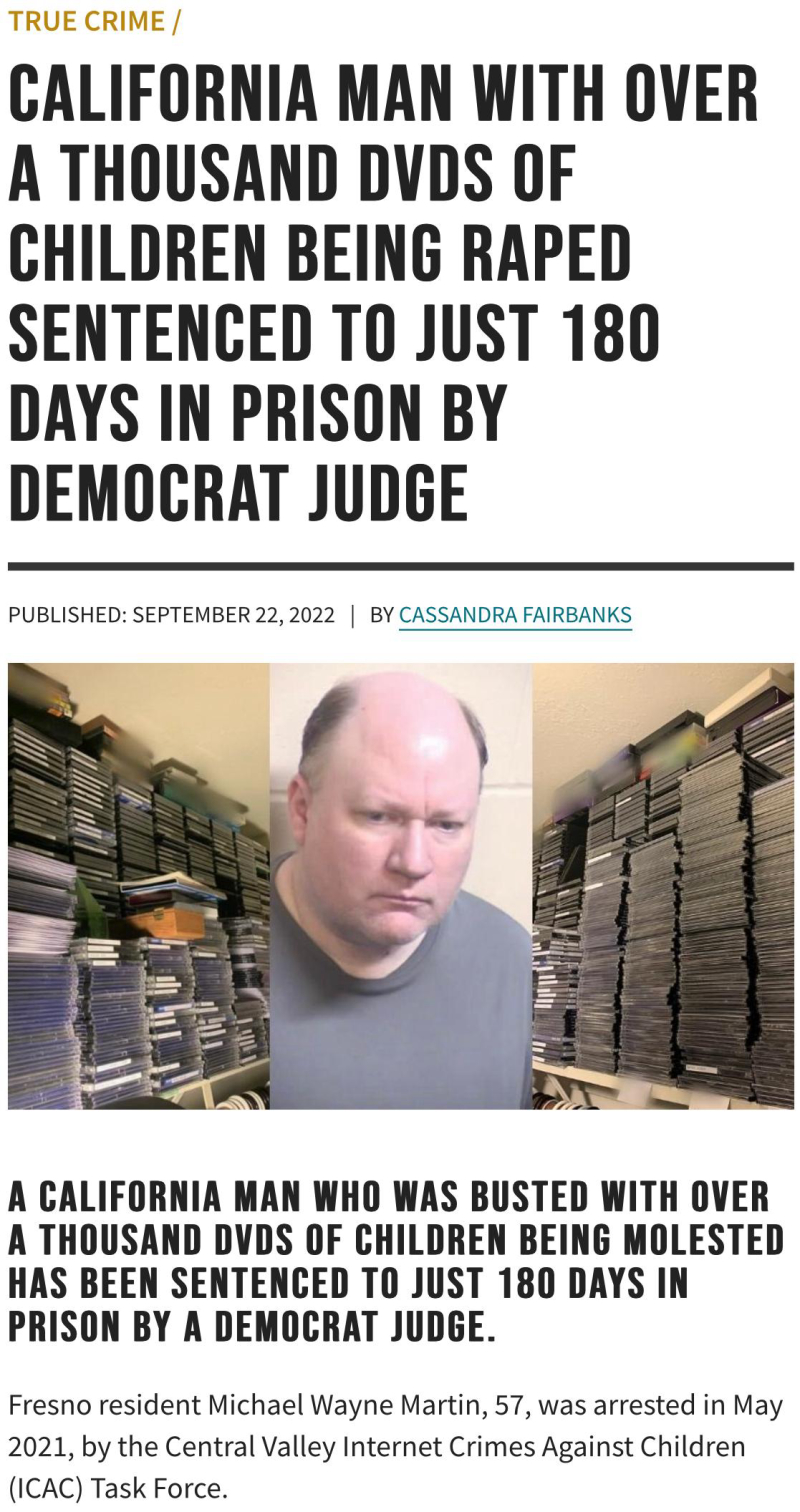 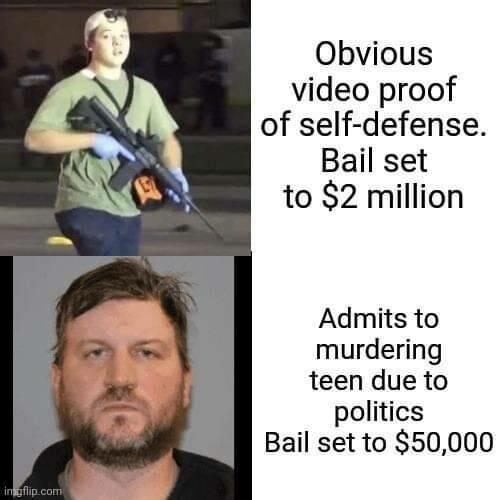 For people not named Trump (a key giveaway that this is all political), the city of New York assesses a value to each property for tax purposes. Nearly every property owner in NYC believes his or her assessed value is too high and pushes back, to the point where these disputes are not even handled by a court but through a tax commission grievance process. Owners want a lower value to pay less tax, except when they approach a bank for the equivalent of a refi loan, when they want their property to seem more expensive to secure a bigger loan at a better rate. It is the bank that then decides what a property is worth to them as collateral, via their own due diligence.

It’s always complicated, as much art as science. Beyond the usual valuation factors of location, location, location, some buildings in New York are iconic, or famous for their brand name (cough, cough, “Trump”), what history they represent, etc. Some just have nice views. Sometimes the bank is generous because in return for the loan they’ll secure some other business of value to them.

Over-valuing/under-valuing real estate in New York City is sport, but as a crime is so much not ado about nothing it is not going to send anyone to jail. Imagine the yawns as a jury listens to forensic accountants explain Trump’s tiered exemptions and how their value is subtracted from the DOF assessed value to calculate a taxable value which is then multiplied by the current tax rate for the specific assigned property class. Next session they’ll talk about somewhat sketchy easements Trump obtained going back to when Mayor Koch was in charge in the 1980s.

The jury will quickly discover the regulations governing how one values a New York property are dense. Built into the law is an automatic fudge allowing the same property to have both a high market value and a lower asset value. Problems are sorted out as civil matters and usually settled with the city sending out a bill, especially if the bank is not claiming fraud, only the DA, as in Trump’s case.

And in the end, what? The lawsuit seeks to permanently bar the Trump family members named from serving in officer or director positions in any corporation in New York State. The attorney general also seeks to bar the former president and the Trump Organization from entering into any New York real estate acquisitions for five years, and to take back all financial benefits obtained through the allegedly fraudulent practices, estimated to total $250 million.

None of those things, even if the suit if fully successful, is likely to have an effect on Candidate Trump, and none would prevent him from running for president. Trump merely needs to re-incorporate in another state, maybe business-friendly Florida, to restart operations.

The Democrats’ plan to find Trump guilty of something, anything, seems to be coming to its own sad ending. They have tried to turn belief that Trump is evil into a crime — Emoluments Clause, Russiagate, impeachments I and II, Stormy Daniels, obstruction of justice, and incitement.

On the sidelines were extra-judicial attempts connected to the 25th Amendment, having doctors who never examined the man declaring Trump mentally ill, and even accusations of incest. The Southern District of New York previously failed to indict Trump’s children and failed to prosecute Paul Manafort. E. Jean Carroll’s rape-cum-defamation case is so egregiously lousy that even the Biden DOJ took Trump’s side. The convictions of Trump associates lawyer Michael Cohen and accountant Allen Weisselberg did not touch the principal himself.

The SDNY brought no charges. Early this year, the Manhattan district attorney, Alvin Bragg, instructed prosecutors to halt their effort to seek an indictment of Trump. It looks like Letitia James is the only one left. She can turn off the lights on her way out.

they put a price on a Republican voter life…. around 50k. assessment came lower than expected.
59 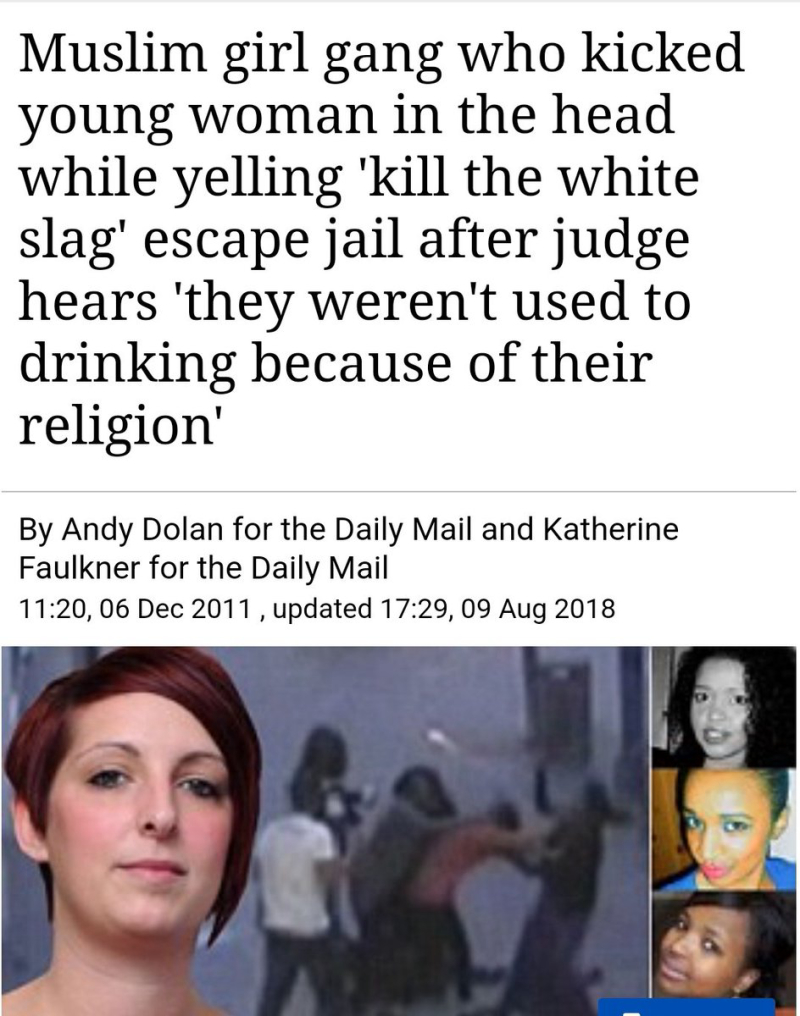 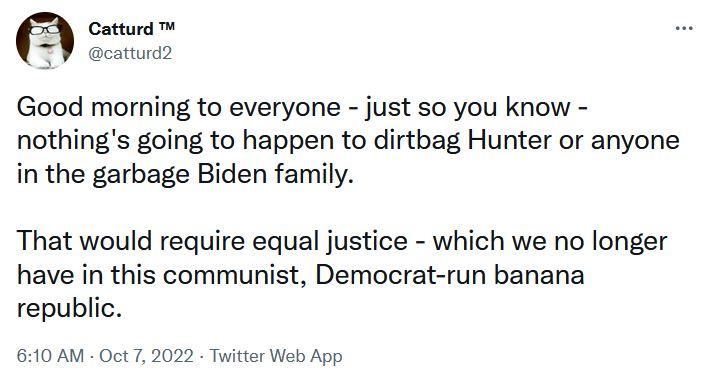 Not that I think Trump has done anything worthy of prosecution. I'm kind of surprised that after all this time they found nothing real to charge him with. That makes me pretty sure he really is a clean president, unlike corruption Joe.
62   pudil   2022 Oct 9, 8:06pm
https://www.theblaze.com/news/fbi-raid-pro-life-activist-video

I know some of you on this site are fine with baby murder. But can we at least agree that if you are throwing people in jail for having an opinion that baby murder is wrong, maybe we are the baddies?
63 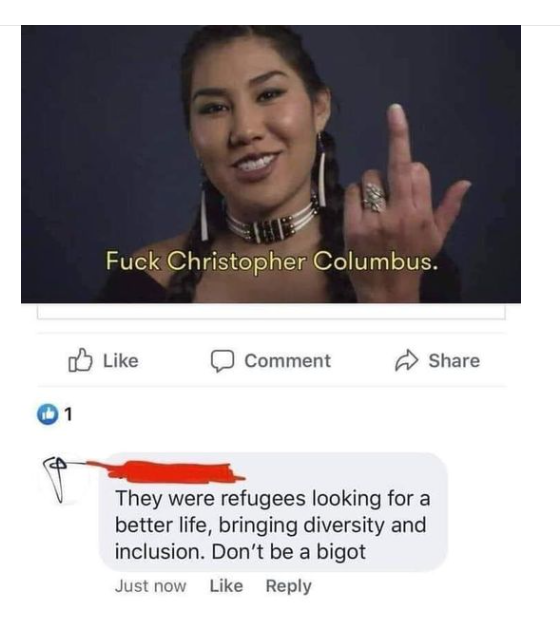 I know some of you on this site are fine with baby murder. But can we at least agree that if you are throwing people in jail for having an opinion that baby murder is wrong, maybe we are the baddies?

Who in their right mind supports this?

Our police state was really put into its current formation when George W. Bush became president and our bullshit congress signed the Patriot Act into law, without even reading the damned thing.

That's when assholes started calling anybody that bitched about the government "domestic terrorists". Well, here we are. Every, fucking, power you give this shitty government will eventually be used against you. Every single one. Torture is totally legal in Guantanamo, it's a violation of the Constitution, it doesn't produce any useful results anyhow. Well now that it's accepted there, but it's called "enhanced interrogation" you can be fucking certain it's going to be used on this soil.

People have been warning about this for over 2 decades.

I'd still be on "the left" if it wasn't bat-shit crazy. Never thought it would be "the right" that woke up first and started realizing just how corrupt the government is, but they are recognizing it, when most of "the left" is still oblivious.
65 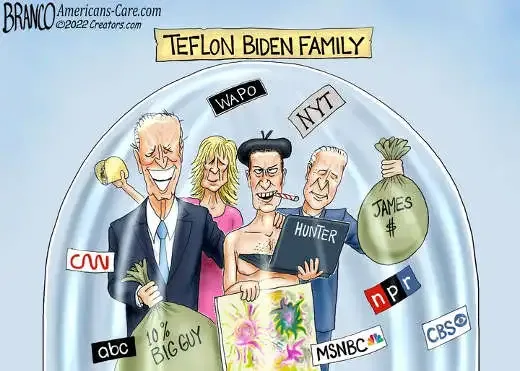 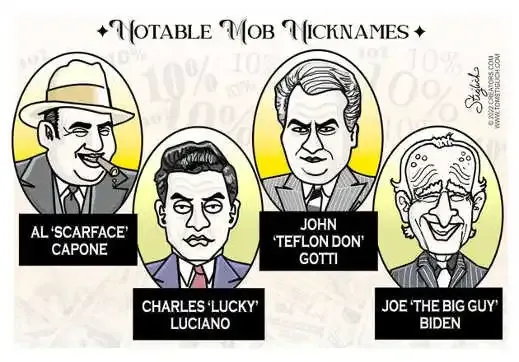 
Never thought it would be "the right" that woke up first and started realizing just how corrupt the government is, but they are recognizing it, when most of "the left" is still oblivious.

No, the left is not "oblivious." They support their team, in the same way a die-hard sports fan does not care if a compromised ref always calls for the fan's team. Just as long as they win.
68


Is all that true?

And the chair of the committee wanted actual bank robbing, cop shooting separatist terrorists not to be charged with crimes.
70

Um, people who look like you did fuck Christopher Columbus. The first Hispanics, you know.
71


Um, people who look like you did fuck Christopher Columbus. The first Hispanics, you know.

In fact, the children of Spaniard men and American Indian women survived much better than 100% Indians, because those children got some immunity to smallpox, etc, and the resources of the conquering men.
73   Misc   2022 Oct 14, 9:17pm
Remember those lawyers in NYC that decided to toss a couple of Molotov cocktails at a police van???

Well, they pled guilty months ago.

... and they are now asking for just time served as punishment.

I'm sure they are still out and about. --- Looks like they have pushed back sentencing till November, now.

Remember those lawyers in NYC that decided to toss a couple of Molotov cocktails at a police van???


Remember those lawyers in NYC that decided to toss a couple of Molotov cocktails at a police van???


What makes you think they are anti-Zionist?

Zionists are a terrorist group that founded a nation, through terrorism. Do you seriously think that Soros is anti-Zionist?
76 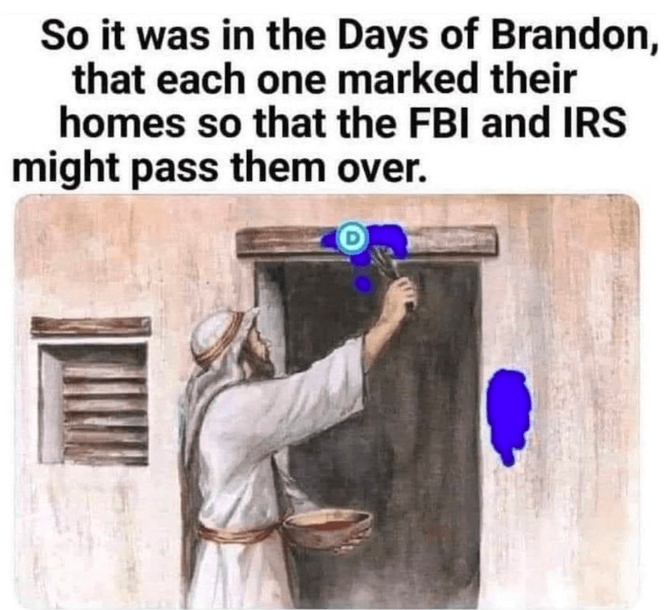 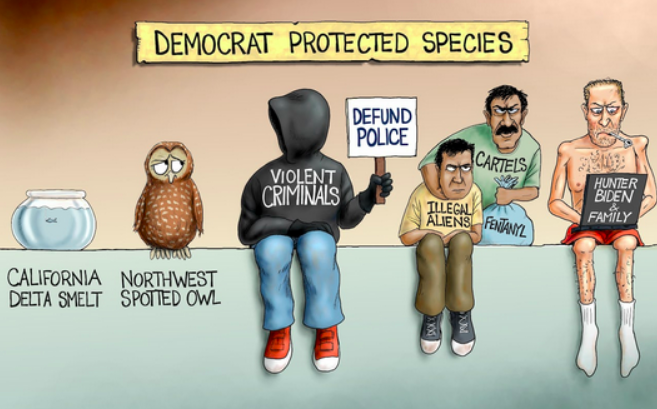