The Russians sometimes show they do have heart

Just when you think they have no heart and are ruthless, the Russians come out of the gate with a reasonable and lighter-than-expected sentencing request for the America hating border drug smuggler

It's ridiculous, giving how harmless pot is compared to alcohol.

On the other hand, she openly hates America, so I'm not going to get too sad about it.
5


It's ridiculous, giving how harmless pot is compared to alcohol.

That is not the point. Russia has very clear laws about pot. Australia has strict laws against bringing in chocolate, so do not do try to smuggle chocolate, no matter how harmless you think chocolate is. Also, if you are a French girl that thinks it is stupid to wear a top on a beach, do not go topless at Virginia Beach. Do not deny the holocaust in Germany. Do not bring wine or porn into Kuwait.
6   AmericanKulak   2022 Aug 4, 2:53pm
I think Russia punishes the THC additives more than just marijuana, I could be mistaken. Her vape juice was loaded with it..
7


It's ridiculous, giving how harmless pot is compared to alcohol.

They're both harmful in excess usage. Alcohol health wise and pot mental and productivity wise. If you're high sun up to sun down, you're not getting much done. Especially with todays THC content. Booze is obvious.

Either way she carried something illegal to a foreign country. There's really not much of a discussion to be had. This isn't a Russia vs. USA thing. She brought in a drug they don't allow. I really don't understand why anyone would be up in arms about this. Move to Russia and change their laws if you cared so much over one lesbian basketball player. Otherwise STFU.
8


They're both harmful in excess usage. 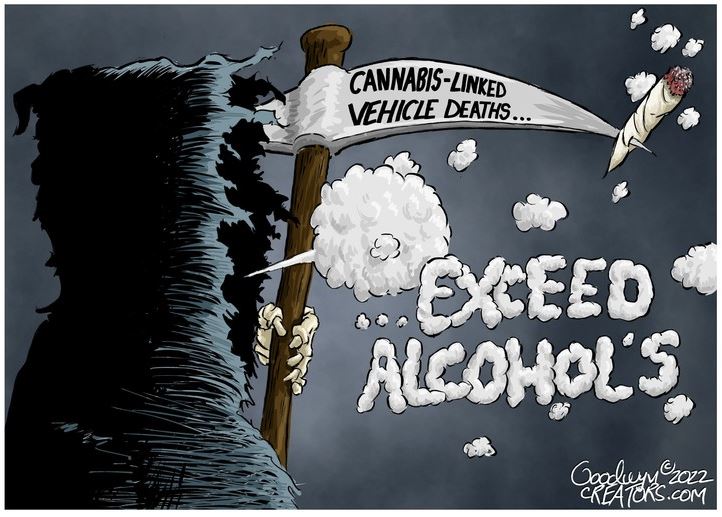 
That is not the point. Russia has very clear laws about pot.

I agree. Visitors are subject to local laws in every country.

Interesting that the Biden regime is trying to free her when they've got people locked up for the same thing. We have a definite two tiered justice system.
11


Prison sentences for a first offense can range from 3 years to more than 12 years.

My buddy is trying offload 1lbs right now. I'd love to buy it, as it would be a massive deal as his cousin has a medical card here in IL, which means he can grow legally and always has extra. Our soil here yields massive amounts for outdoor grows. I don't like having that much quantity though even with it being legal here in IL. $100/oz and I could easily flip it to neighbor friends for $300/oz and keep a bunch for myself.

But then I'd be a drug dealer with a large amount of pot. So I just stick to the legal stuff/dispensaries because me and jail don't mix. Never been and no interest in finding out the experience. You just don't fly to foreign countries with it. If you travel enough, you know how to get it in the country and not get entrapped. I just don't partake on foreign or US territory trips as I'm not that into weed. Hell even non-legal states I won't have it on me.

Griner is a moron. Our government shouldn't even care. Can't keep it a crime here (Federally) and try and get a citizen back from another government with laws that as you say Misc are basically similar to ours. It's massively hypocritical and make the US look stupid. As I've said, this is a huge troll job by Putin to make the US look bad and it's working.
12

They're both harmful in excess usage. Alcohol health wise and pot mental and productivity wise. If you're high sun up to sun down, you're not getting much done.

Yep, but I would argue that pot, in moderation, is a useful drug for creativity. In moderation.

I did a ton of my work in college as a senior while I was getting stoned. I would design VLSI chip ideas when stoned, the next day, I would cross out my stupid ideas, and the 3rd day and onward I would implement what was left. The was Friday, Saturday and Sunday - Sunday was recovery from the experience mostly but I would start making plans on what to do. My professor thought I was a genius. It's very creative drug, HOWEVER, I also spent a winter vacation getting stoned every day. My intention was to do this for a month, after a week, I was just stupid and sick of it. I actually worried if I could not accumulate new knowledge after a week. It does make you unable to learn if you do it in excess.

It's a good drug in MODERATION, and it will just make you a retard in excess.

It allows you to make connections randomly and SOME of them are right, but MOST are wrong, but it gives creativity. It DOES scramble your brain, but you still have guidance. Most ideas I came up when stoned were garbage, but some, brilliant.

Another thing I enjoyed about getting stoned was my complete passivity. When I had dogs, I used to go walking with another friend when we were both stoned and had a vicarious experience at their wonder of the world, a pet is so innocent. I couldn't kill a fly when I was stoned, and I could somewhat experience other emotions I guess through empathy? It's hard to explain, I just wanted to be nice and kind when I was in that state. Everything was good, you're in the moment, there's no reason for conflict.

People who get stoned and are violent, they are psychopaths. If you ever find somebody like this, stay the fuck away from them - seriously.

For me, being stoned greatly amplifies my emotions. If I think I make you feel bad and as a result of something I did or said when stoned, I feel VERY bad, I feel AWFUL about that. It's very self correcting. I absolutely do not want to hurt when I'm high. It's been years since I've been high, but I remember my emotional states. I'm very kind and non combative in that state. Also creative to my current levels of knowledge. I really can't learn in that state.

Something I ought to add, pot is WAY stronger today than it was 30 years ago. It's so goddamned strong, that it's annoying. 3 years ago is the last time I got high, and I severely cut it. What is commonly available is stronger than what was "strong" when I was a college student. What is considered a typical dose is FAR too strong for me.

I also don't react in the same way most people apparently do. When I'm stoned, I am never sleepy, I'm forced into a creativity mode or learning mode (although I don't recall what I learn). My friend tells me I have too much Neanderthal DNA - maybe that's correct?
13


I would argue that pot, in moderation, is a useful drug for creativity.

Just like how a tipsy guy at the club thinks he is suave and debonair, a stoned dude thinks he is experiencing a bout of creativity. Yet both the drunk and the stoned babble incoherently. When I first heard that "pot tears down hardened ways of thinking and allows new ways of seeing things" argument I spoke of computer punch cards. In the very old days, a computer was programmed by loading a series of punch cards, one card for each line of code. The card reader worked like one of those money counting machines you see in the movies - the cards, sometimes a thousand or more, are sucked through the reader. If you have a thousand cards in your program, you could likely pull one or two out of the stack and not hurt the program. Might lose a letter in a header file label or so that did not really hurt the program, but the program was definitely not improved. Likewise, a pot user claims not to be damaged by the experience, just not damage that was noticeable. And if one were to take a section of cards from middle of the punch card stack, shuffle them up and re-enter them in the stack, you would definitely get a different output, but in no way would that improve the program. Likewise, distorting one's brain with chemicals that get past the defenses is not going to improve brain function, be it though process or autonomic control.

Smoking pot to improve brain function is like smoking a Marlboro to improve your time at the track. Maybe some High School kid did have his best time ever after he cleared his lungs by finishing that pack of Camels.