Why the fuck are people injecting themselves with a non-FDA approved biological agent?

And what the fuck are people afraid of, when this covid has a 99.97% survival rate? 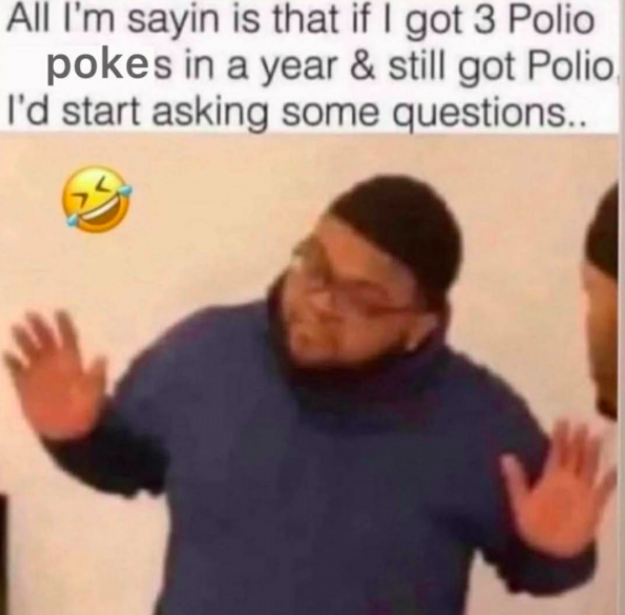 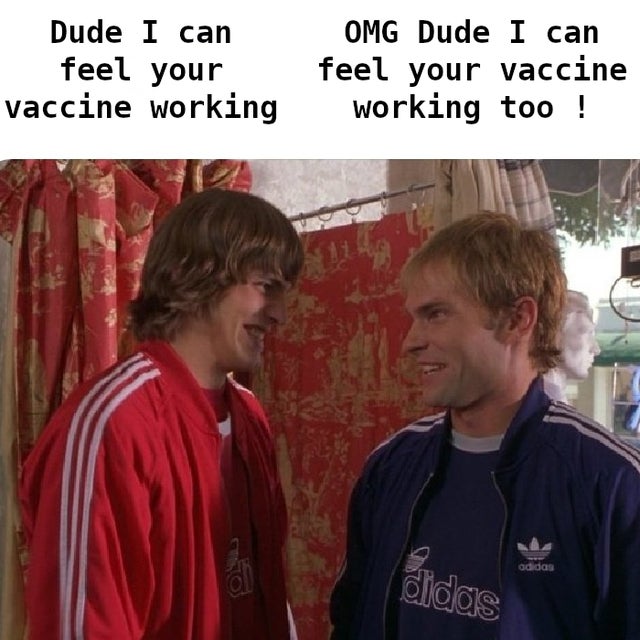 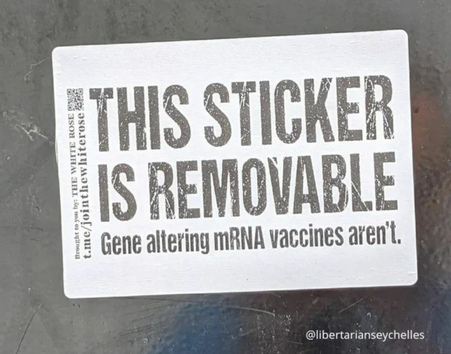 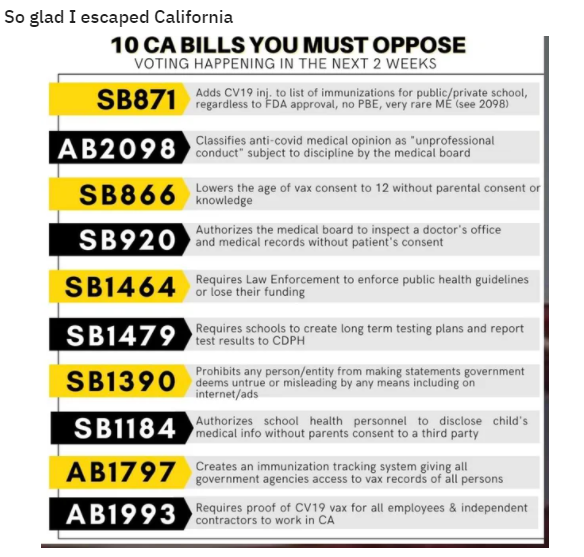 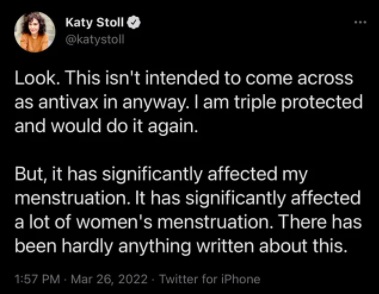 Marty Makary MD, MPH
Is this following the science?? FDA will authorize 4th doses this week by bypassing the typical voting process of their external experts. FDA will then convene them after the authoriz to "discuss". It's like a judge issuing a verdict and then having lawyers make their arguments.

The editor of the New Engl Journal, who sits on VRBPAC, has said he "hadn't yet seen enough data on fourth doses to make a determination about whether they are needed for anyone beyond those who are already recommended to get them -- adults who are severely immune deficient"

Political interference over boosters was the issue behind 2 high-level FDA departures in the fall. There is no greater slap in the face of science than bypassing the customary FDA external expert voting process over an authorization with insufficient supporting clinical data.

Biden & his new FDA commiss @DrCaliff_FDA (under pressure from Pharma) should insist on a vote by FDA's external experts before authorizing 4th doses. Public health confidence has been signif eroded. Bypassing the expert vote to push 4th doses will make it worse. Science>politics 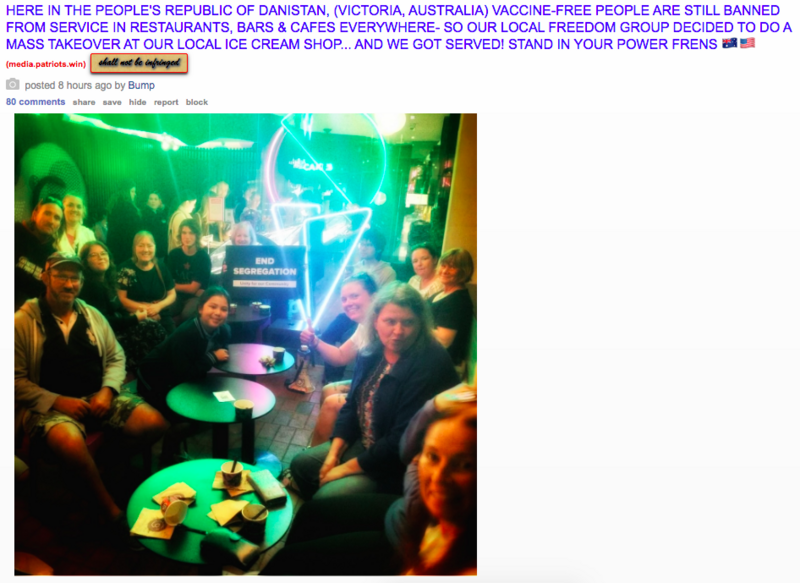 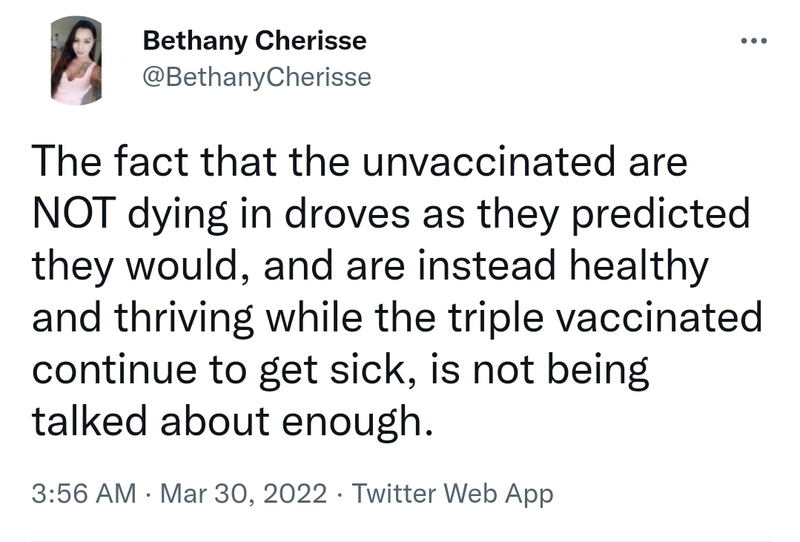 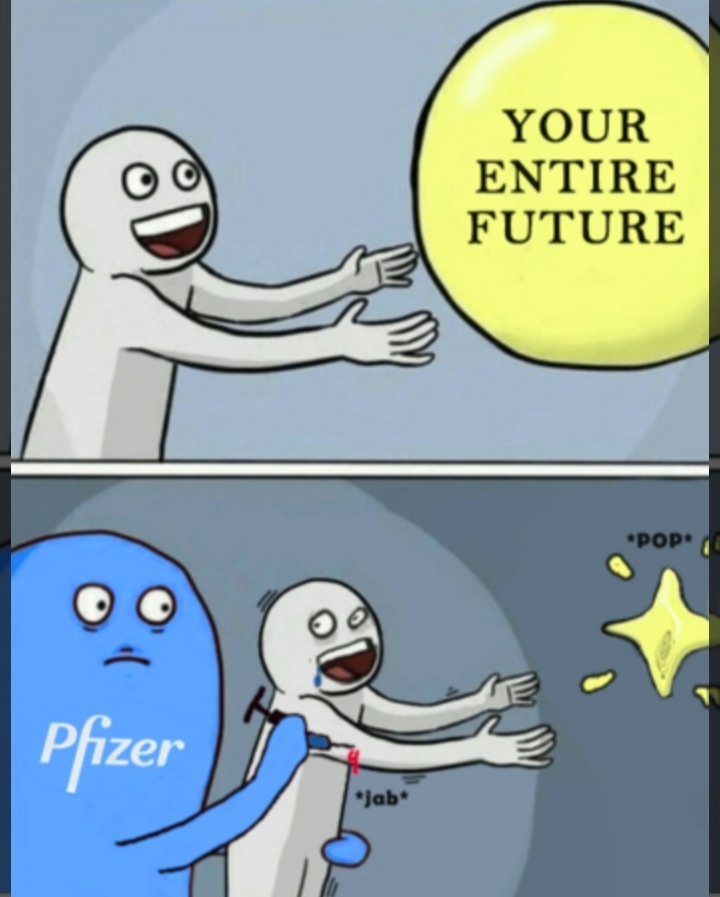 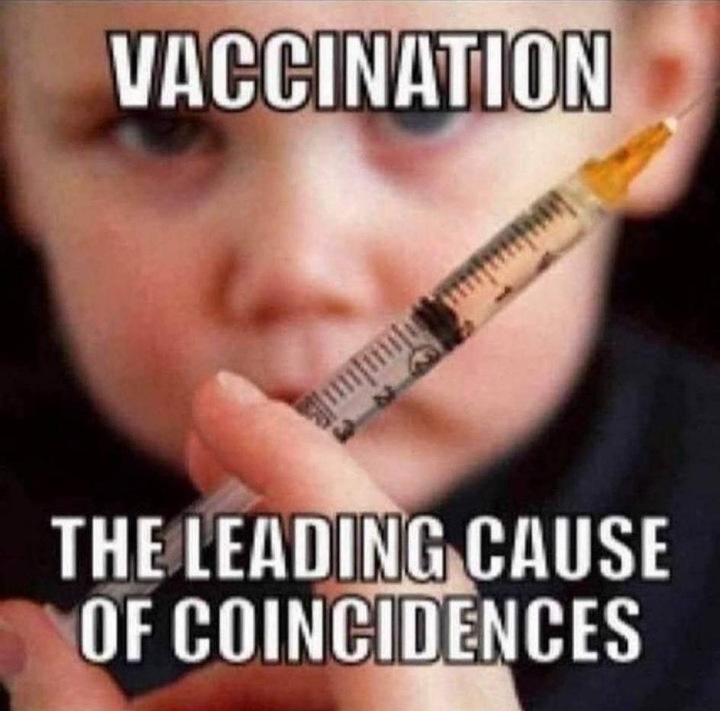 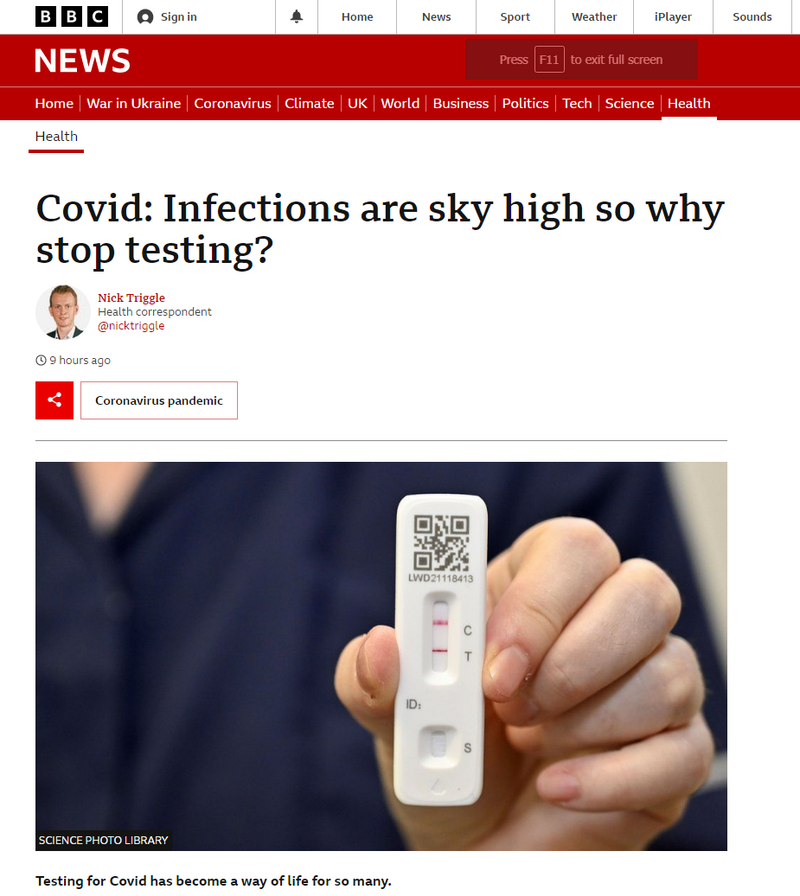 some observations from above article

... The guidance now asks people to try to stay home ... - and eat an orange for some Vitamin C
... the number of deaths being caused this winter has been in line with what would be expected during a bad flu season ... - so not the Winter of Death as promised by libturds? just the flu bruh!
... Why testing impact was always compromised ... because it's bullshit
... the surveillance programme run by the Office for National Statistics will continue... - I'm sure it will
... the virus has been defanged by vaccination ... - wow, I thought your vaxx didn't work because I hadn't taken mine?


Funny how the rest of the world looks up to the British as some kind of standard bearer, most followed what the UK prescribed. Is that why the UK was so heavily tested? To swing the numbers and build a narrative for the world's sheeple to follow?

I don't mind if others choose to surrender and sacrifice their freedoms and risk their health with experimental gene therapy that's their choice. My critical thinking told me that if it takes a woman 9 months to give birth and the vaccination was developed in less than 9 months then it wasn't tested on pregnant women. Can't explain that to the millennial generation who don't know what a woman is. Can't explain that to the boomer generation whose minds are too clouded by fear and anxiety and a desire to enjoy themselves in fancy restaurants. Better they inflict harm on themselves rather than wilfully consent to harm being inflicted upon me. I would have considered it medical rape and murder if the powers that be went for me. Any truth to the conspiracy theory that dissidents were targeted with lethal batches? Well I'm in the control group. I will not submit to their dickats, especially over the flu and this piss poor propaganda weakly presented as science.

I always wondered if there was ever a valid reason to make the war cry and after seeing how intractable some people's positions are on this issue the answer is a resolute yes. But I'm a smart man and I figure my best move is to be patient. To wait as the long term side effects come out. AIDS, cancers, menstrual problems, strokes, heart attacks. It's sad that that is what it takes for people to realise that has been a planned operation all along.

Time will tell, truth will out. 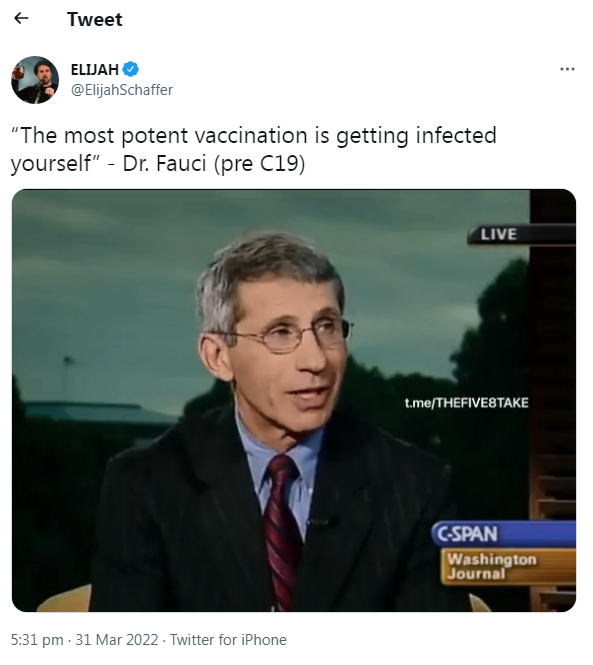 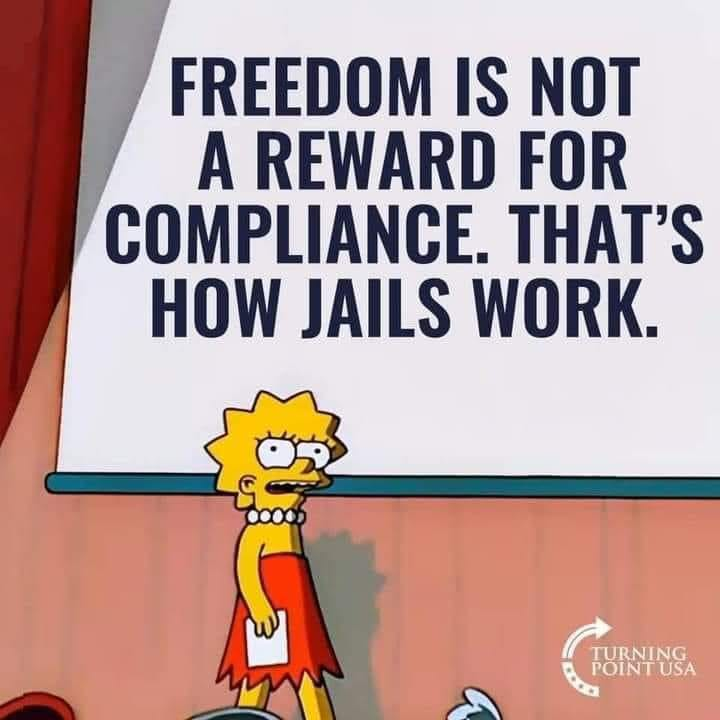 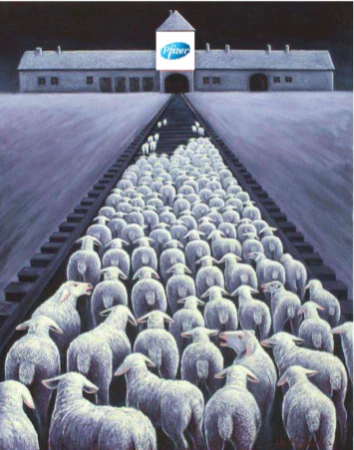 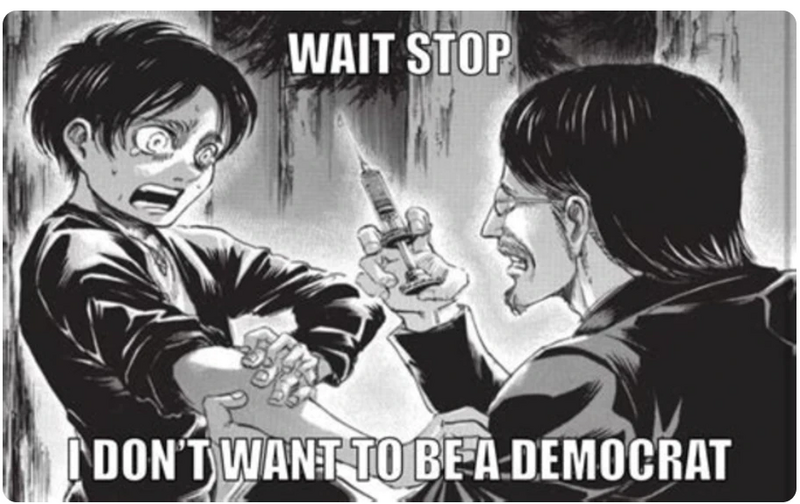 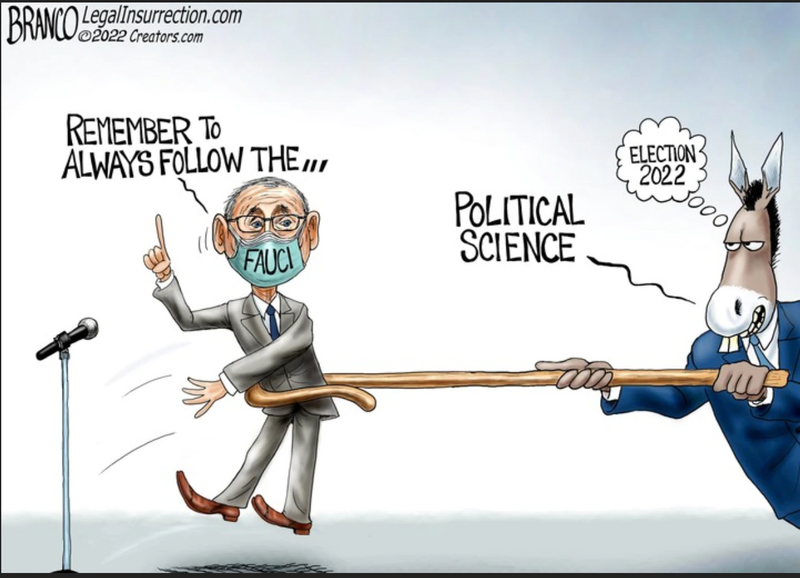 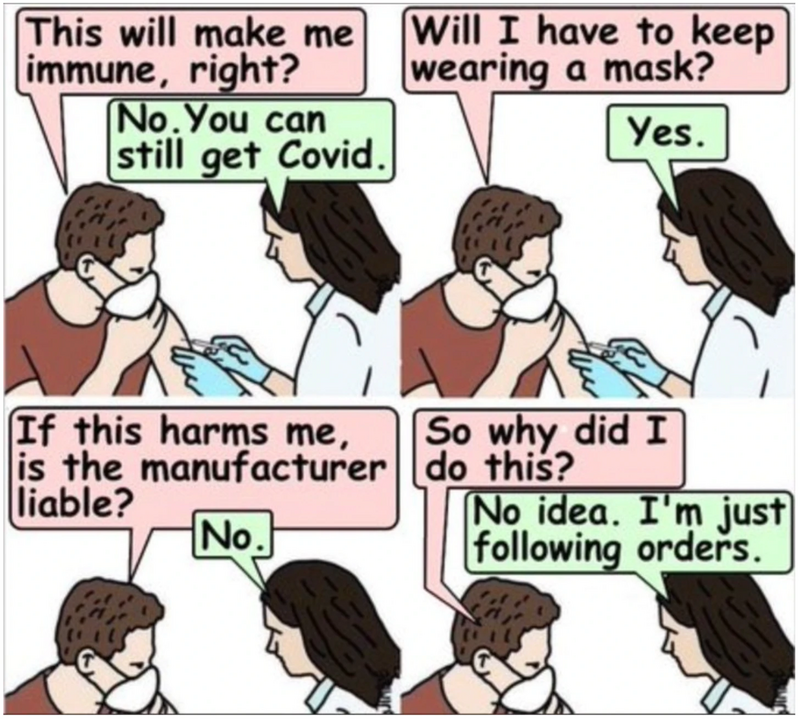 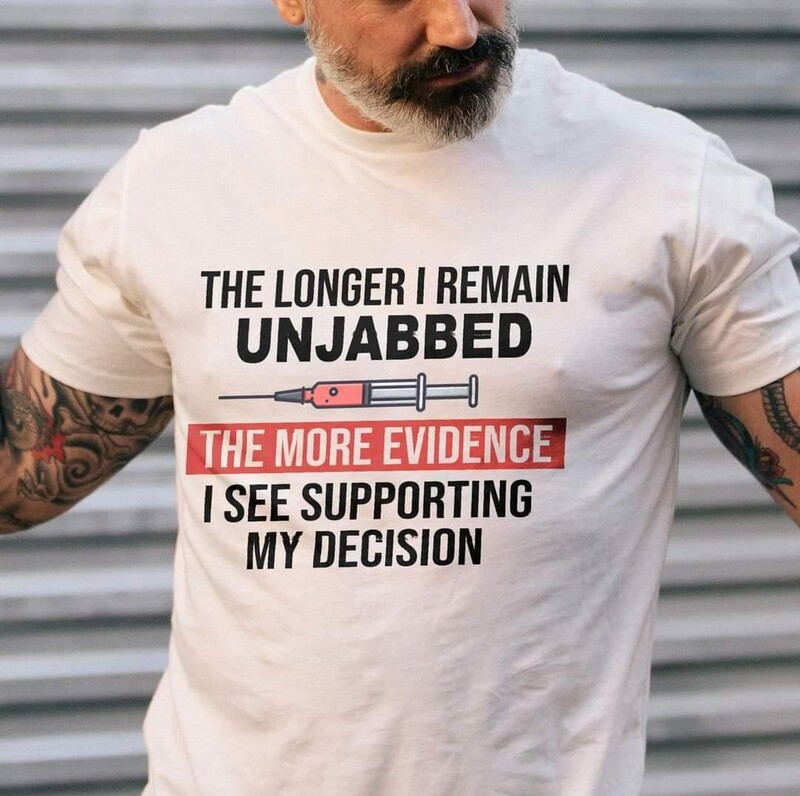 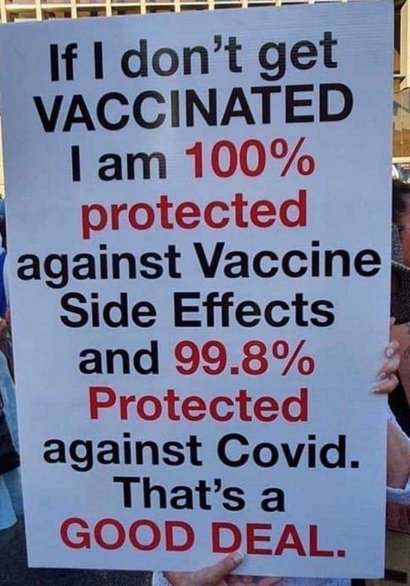 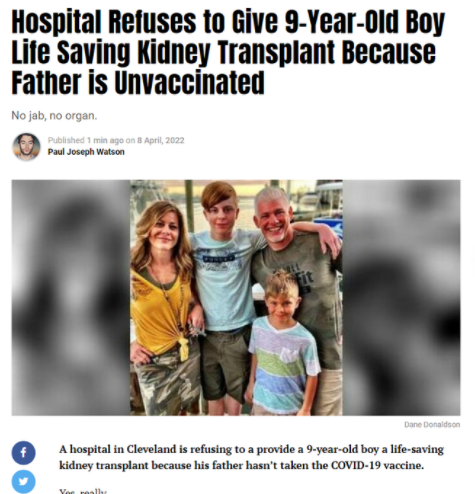 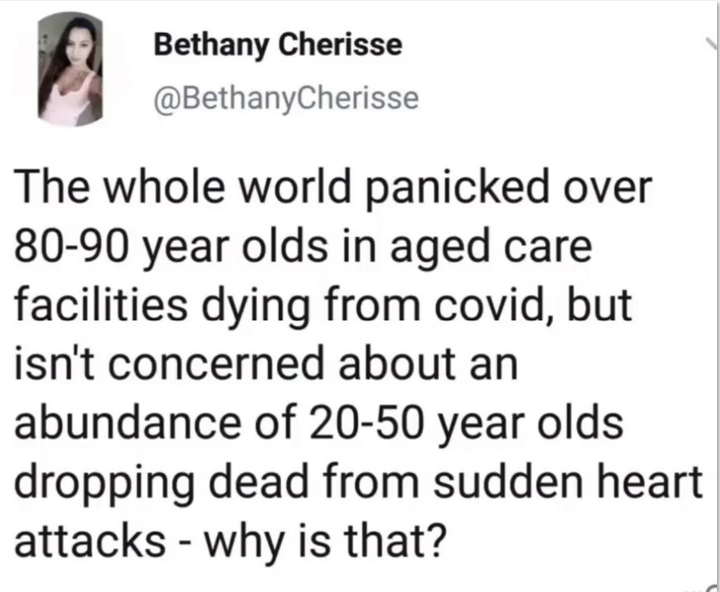 NY did not seem too concerned about 80-90 olds in aged care catching Covid, as nothing has happened to Cuomo for forcing Covid positive patients into those nursing homes with deadly results.

Whaddya mean? --- They took away his Emmy.

I know your joking, but even at that, the Emmy was not removed because he negligently caused those deaths, but because a hot babe who wiggled in front of him to get promoted reneged on her end of the deal and went the "sexual harassment" route.
4439

“I’m an epidemiologist, and people have asked me: ‘Dr. McCullough, are the vaccines actually causing deaths?’

The epidemiological construct that we have to go through is called the ‘Bradford Hill Tenets of Causality.’ So, the first question is: ‘is it a large epidemiologic signal?’ And I’ll tell you – it’s astronomical. All of the vaccines combined in the United States per year – its no more than 150 deaths, not temporally related.

Here [with the Covid vaccine] we are at over 21,000 deaths. So clearly its a massive signal.

The third criteria: ‘is it internally consistent? Are there other conditions that are now acknowledged that they themselves could be fatal?’ And the answer is sure. With myocarditis, the FDA agrees – all the regulatory experts agree – that the vaccines cause myocarditis. Can it be fatal? Yes. Have there been fatal cases published? Yes… There are over 200 peer reviewed publications of myocarditis.

How about other forms of death? vaccine induced thrombosis, blood clots, stroke, hypertension, myocardial infection – a variety of other lethal syndromes. There’s over 1,000 peer reviewed published on fatal and non fatal outcomes [in regard to the Covid vaccine]. So that cryteria is met. It’s internally consistent.
""
4440 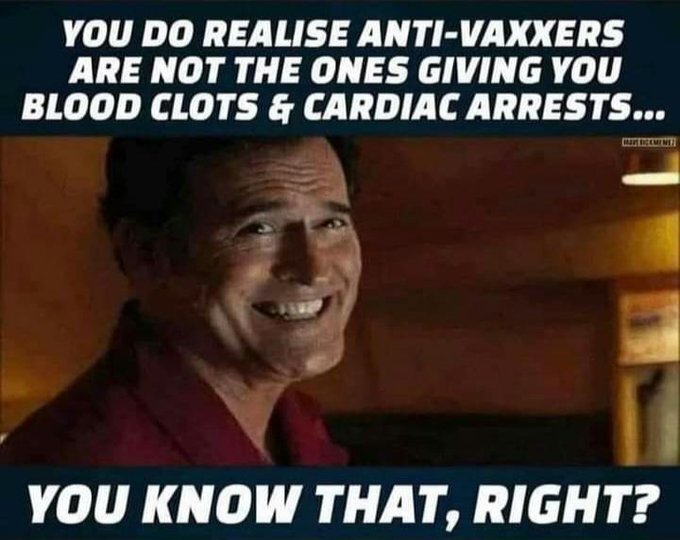 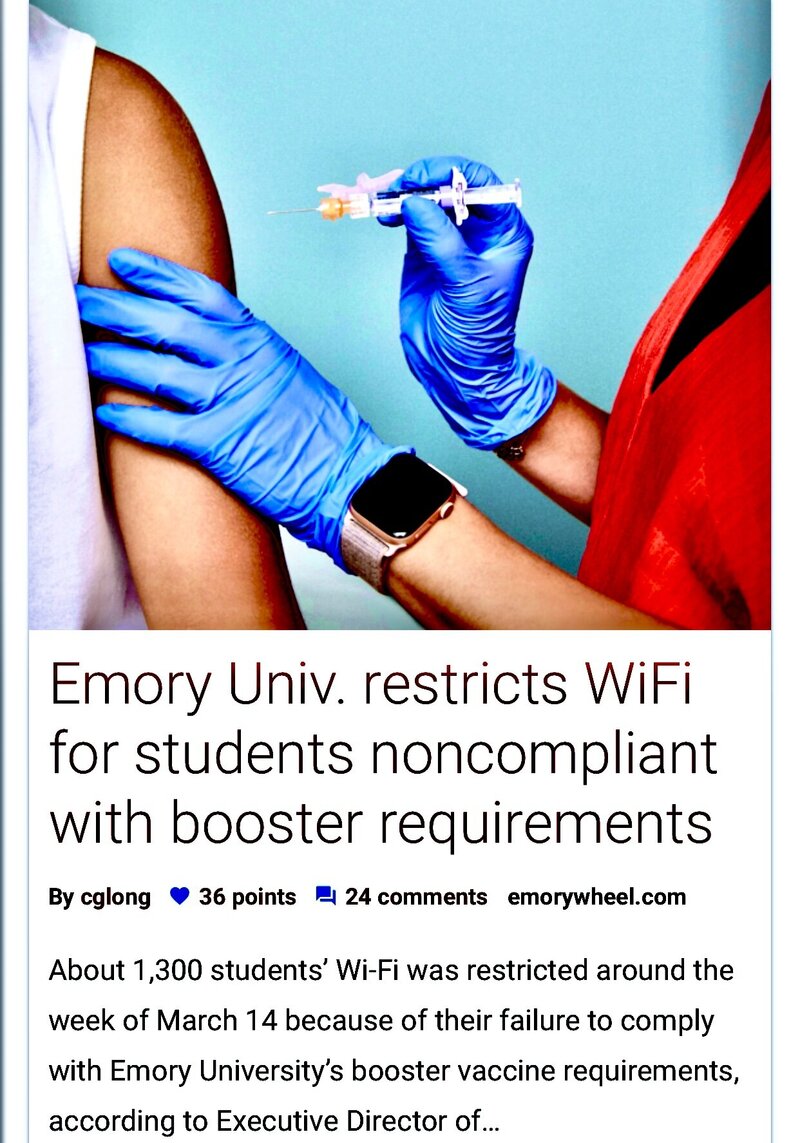 I SERIOUSLY expect that a series of new highly virulent and highly infectious SARS-CoV-2 (SC-2) variants will now rapidly and independently emerge in highly vaccinated countries all over the world and that they will soon spread at high pace. I expect the current pattern of repetitive infections and relatively mild disease in vaccinees to soon aggravate and be replaced by severe disease and death. Unfortunately, there is no way vaccinees can rely on assistance from their innate immune system to protect against coronaviruses as their relevant innate IgM antibodies are increasingly being outcompeted by infection-enhancing vaccinal Abs, which are continuously recalled due to the circulation of highly infectious Omicron variants. In contrast, Omicron’s high infectiousness would enable the non-vaccinated to train their innate immune defense against SC-2 while the infectious and pathogenic capacity of the new SC-2 variants would be debilitated in the non-vaccinated for lack of infection-enhancing Abs in their blood.

"Let's Not Have Another Single Life Lost" - Dr. Peter McCullough's Call to Action

2.) Remove the Pfizer, Moderna, and J&J Shots from the market.

4.) A national shift towards early treatment.

"Let's Not Have Another Single Life Lost" - Dr. Peter McCullough's Call to Action

2.) Remove the Pfizer, Moderna, and J&J Shots from the market.

4.) A national shift towards early treatment.

So, when is Dr. Peter McCullough take the death dive? He took the jab.
4446

So, when is Dr. Peter McCullough take the death dive? He took the jab.

My neighbor went into the hospital and a blood clot was found in his lung. He's 73 I think.

While he was there, he decided to get his booster.

I'll let you know when (and if) he dies.

We may be going through a culling of the population that just doesn't fucking pay attention. It's enormously frustrating, but intervention of any sort if met with contempt.

I wonder what the truth of these vaccines are? I think that it's most likely they cause harm but weren't intended to, that there will be some minimal fallout from that, but there will be no outrage. The people that had friends and relatives die will chalk it up "to the greater good" - regrettable, but for the betterment of humanity.
4447

I wonder what the truth of these vaccines are? I think that it's most likely they cause harm but weren't intended to, that there will be some minimal fallout from that, but there will be no outrage. The people that had friends and relatives die will chalk it up "to the greater good" - regrettable, but for the betterment of humanity.

If they weren't intended to do harm, why did TPTB try to force in onto the entire world? It's not like they don't have sufficient information, hell, they know they do not own people so how can they even think they can force us to put things we do not want to put into our bodies. Something is very fishy. Either purposeful harm (they know kids have almost 0 risk) or a conditioning exercise to get humanity to give all autonomy to TPTB. Either way, we MUST resist. DO NOT EVER give up your guns. If you live somewhere where you are not allowed to own guns...MOVE NOW!!
4448   mell   2022 Apr 15, 6:49pm
WineHorror1 says

If they weren't intended to do harm, why did TPTB try to force in onto the entire world? It's not like they don't have sufficient information

If they weren't intended to do harm, why did TPTB try to force in onto the entire world?

I don't think there is much beyond that. Yes, it might be conditioning or a test to see how well people are conditioned. I'll tell you this, people are a lot more cowlike than I previously realized.
4450 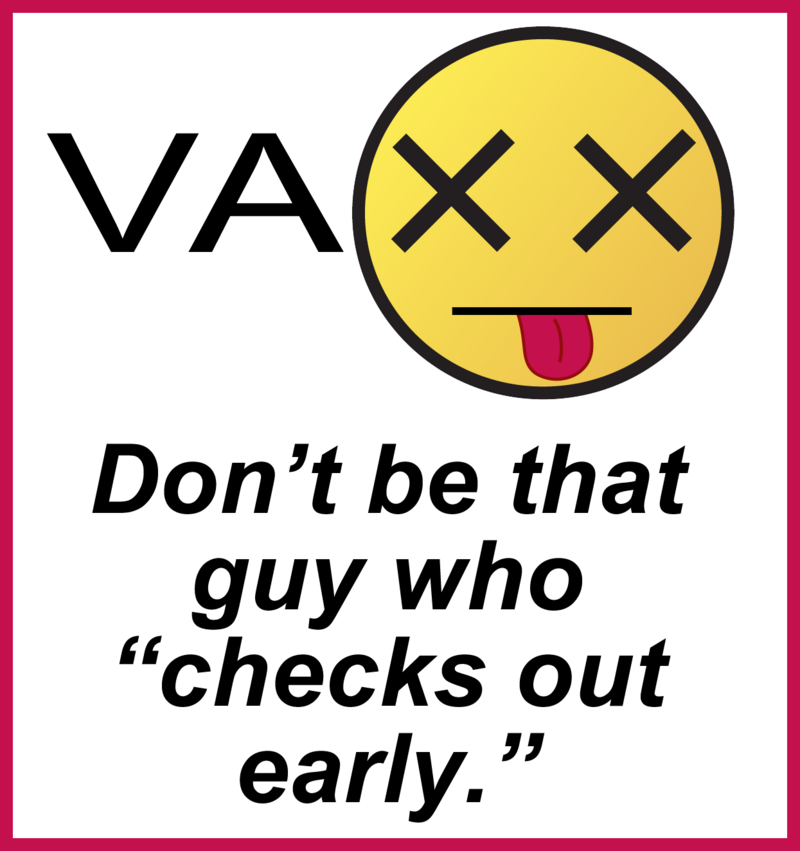 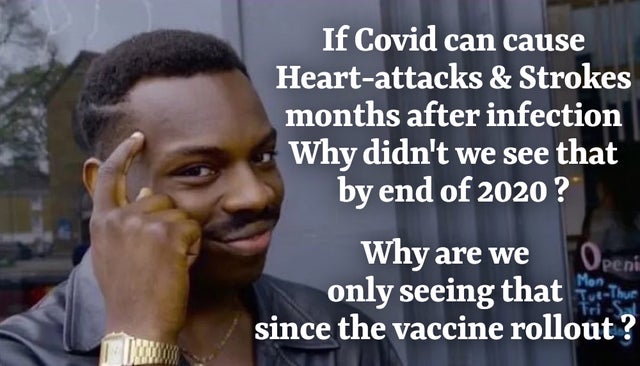